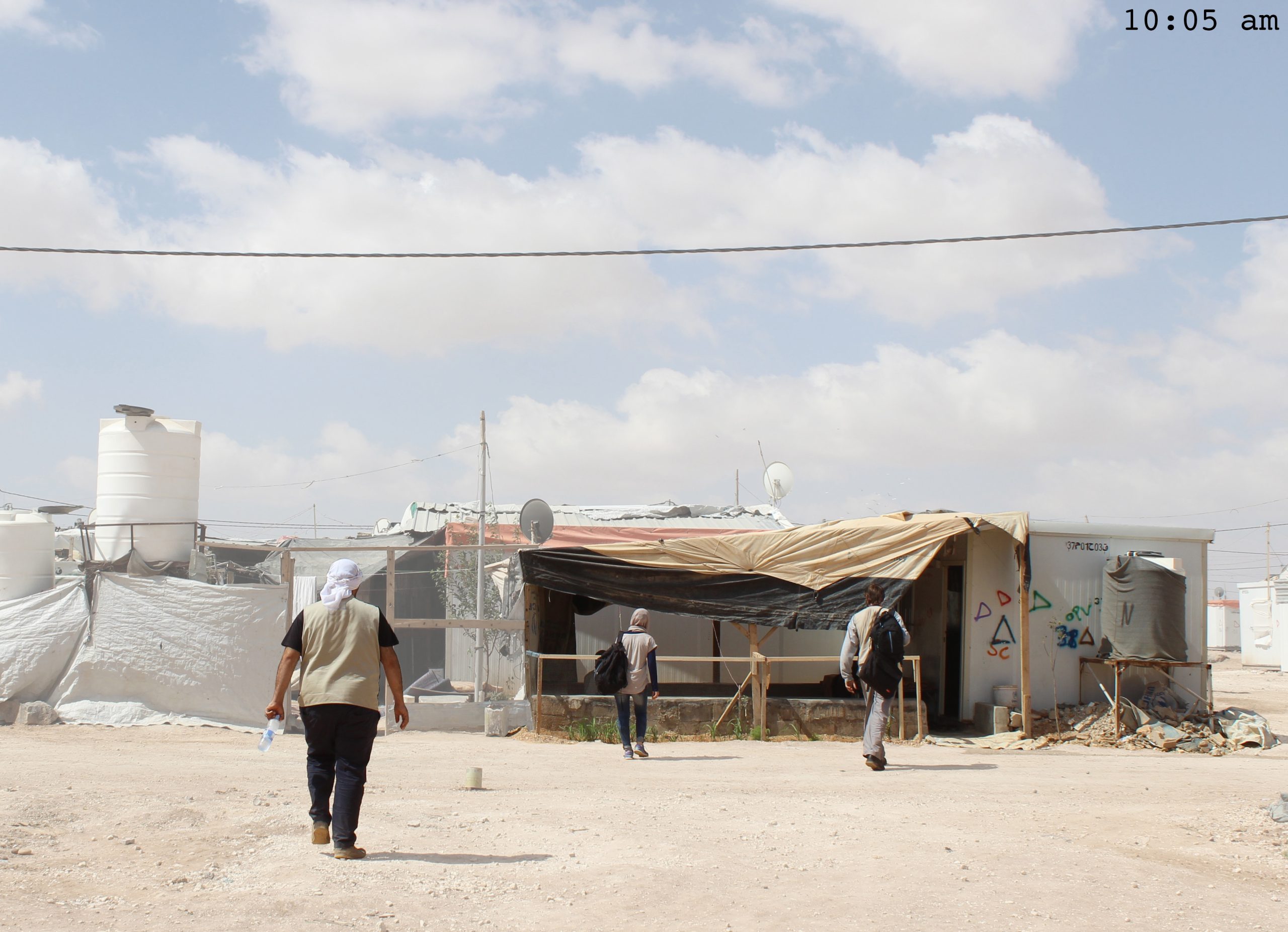 Thinking “Hospitality” in Za’atri (camp and village) as a Posthuman Political Ecology Matter: “Who is Hosting Whom?”

Guest lecture and Q&A with Dr Aya Musmar, Assistant Professor of Architecture and Feminism at the University of Petra in Amman (Jordan)
Chaired by Dr Fabrizio Galeazzi (StoryLab) and Dr Davide Natalini (GSI)

Thinking “Hospitality” in Za’atri (camp and village) as a Posthuman Political Ecology Matter: “Who is Hosting Whom?”

Madafah is one of the spaces in which Arab generally perform the cultural moral of “Deyafah”, meaning hospitality. In Za’atri camp, refugees founded, maintained and facilitated their own Madafahs since the moment they had arrived at the camp. In a previous article, I explored how Madafah as a space/place allows refugees claim certain power in the refugee camp. Against how they are often perceived as passive beneficiaries in the humanitarian system, through Madafah, they could negotiate their needs with humanitarian workers and contribute to the governance of the refugee camp. However, the use of Madafah, as I conclude in my article, changed through the camp phases; from 2016 and on, the use of Madafah declined.

This talk expands the argument offered in the article, and answers the question: How does an understanding of hospitality as a political ecology matter help us understand the ways by which Madafah has changed through Syrian refugees’ shades/locationsof displacement? It draws on research funded by the GCRF which investigates heritage-led resilience to conflict, displacement, and climate change with Syrian refugees in Za’atri (camp and village). Based on a thorough analysis of more than 22 interviews with men and women from Za’atri, this talk maps the various changes in practices that characterised refugees’ heritage-led resilience (e.g. scales, values, spatialities, methods, and materialities). It situates my question on Madafah in a complex mesh of gendered, racialized, naturalised and classed relations uncovering how Madafah materialise to reflect an assemblage of human-non-human relations.

Dr. Aya Musmar is an Assistant Professor of Architecture and Feminism at The University of Petra in Amman, Jordan. Her transdisciplinary research sits at the confluence of refugee studies, feminist studies and architecture and it aims at contesting the established boundaries of each. She investigates humanitarian response in refugees’ spaces and beyond, thinks of the refugee camp as a spatial phenomenon that embodies world unjust politics. She applies a decolonialist feminist critique and is interested in exploring the ways by which architectural research and architectural pedagogies could bear testimony to social injustice. In 2020, her PhD research, Witnessing the Refugee Camp: Feminist Positions, Practices, and Pedagogies was shortlisted for the RIBA President’s awards.