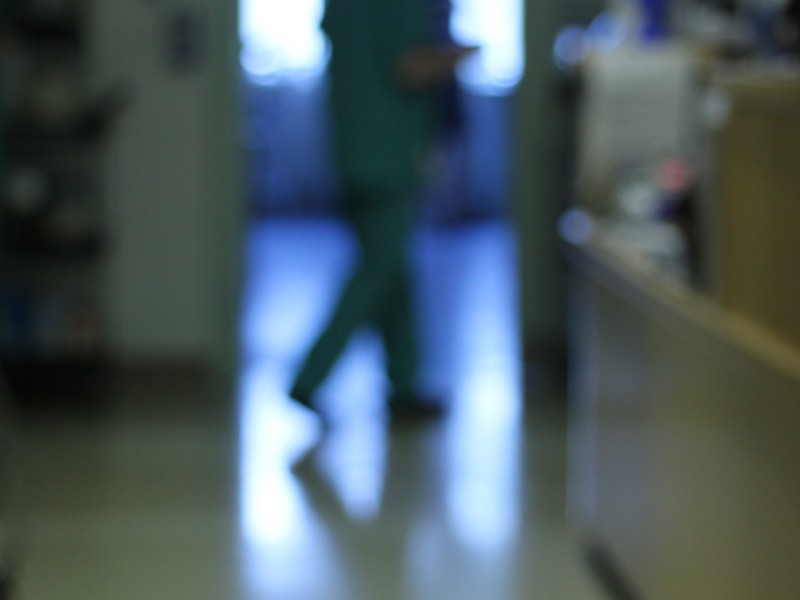 I think the fact we could all see this coming was the worst part. The tension was palpable, and quite a few people seemed to be less tolerant, myself included. The need to learn new skills quickly, and in numbers, was a priority, a lot of people felt that their worlds were turned upside down in the space of a week. And this is before we had even started with regular admissions. We trained, over and over, and then we waited. It began with the odd admission into critical care, but then it started to climb, and people started to lose some of the anxiety, and find a team spirit. Those who were especially worried about exposure to the virus were reassured that we would tackle this as a team. Those whose priority was solely self-preservation, and not due to medical reason, quietly avoided certain tasks. It was noted mentally, and I will always remember those people contributed to a smaller team being more at risk.

When we went over to critical care, we were welcomed by grateful staff, some of whom had seen the worst of what was happening since the start. We had a specific role first and foremost, which was to maintain our anaesthetic machines, no small task. They were being used in a way they weren’t designed to be used, and not even the manufacturer had experienced this before. Unknown territory with equipment as well as this virus. We had written an SOP to guide staff in their role, but it was being constantly reviewed as we found snags with our procedures, mostly around the order in which things were done. Trying to keep up was a daily chore at times. None of us were under any illusion that the task of checking the machines was a high-risk procedure.

The plan was ODPs were to carry out all checks, with an anaesthetist or intensivist in the bay just in case. Essentially, we were being trusted to get this right with minimal supervision, quite a responsibility. We had to put patients onto an alternative ventilator for the duration of the checks. This meant breaking the closed circuit, and potentially exposing everyone to the virus. Its only when you read that on a screen you truly understand how vital it was to get this right. We started our first check, I was anxious, as was my colleague, it went as per plan, and the machine passed its checks. We were having to guess consumable usage up to this point, soda lime and filters especially. We completed our first patient within an hour, which was pretty good, and a lot of data was gleaned.

We took it back to theatres, and tried to align our projected consumables use. A LOT of orders were placed, many took even longer to come. We slowly became more confident over the days and weeks ahead, and we rarely troubled the anaesthetists or intensivists, or even the critical care staff caring directly for patients. We became aware of when it was, or wasn’t appropriate to carry out our role. Sometimes we came back later, when the patient was more stable, or the staff were on top of their jobs. We were there to help, and not hinder by being in the way. We got good at what we did, and the critical care staff seemed to relax a little when we were around. That felt good, it felt like we were part of that team, and not just helping out. That was important for us all to know, so I asked for feedback from the ward managers, so I could share it around our ODPs. It was all positive, not a single negative comment from anybody. Our ability to problem-solve and blend in without being in the way was a common theme it seems. We all stood a little taller after sharing that.

Another of our main roles was the rapid intubation team, which was essentially bread and butter work for us. It was more difficult in PPE, and the numbers on the monitors were much worse that we would usually see, but it’s a task we knew inside and out. One thing that affected everyone was the amount of death, and there really is no other way to describe it. We would intubate someone, and quite often, they would have died within a matter of days. Sometimes they arrested at induction, and we never got them back. This is something we weren’t used to, as most intubations we did previously was for surgery, and very few patients died in theatres. It was hard to keep going day after day, intubating people, and they not be there the day after.

How the critical care staff coped with this is nothing short of miraculous. I’m guessing many of them didn’t. I cried, on more than one occasion, quietly, and mostly alone. It hadn’t gone unnoticed at home, especially as we are an NHS household, both redeployed to critical care in our respective professions. We kept each other going, even though we were getting like ships in the night. It was always a beautiful sight to see the person you love after a tough shift. I will always be thankful for that. As the situation improved over the weeks, we started to see more people being stepped down from critical care and that gave hope to everyone involved. We felt a corner may have been turned, we were intubating fewer people daily, and it wasn’t quite the manic scrum we saw at the height of infection. We were able to take stock of what we had done, reflect on it, and feedback to everyone what we had achieved. I had made many new friends, and some very valuable links with others, one in particular was the critical care matron.

We had many discussions about how this was playing out, how we could never go back to what it was like before, and how we had been invaluable in our role. “We couldn’t have done this without you all” And so to the future, what will it hold, who knows. I hope that professionally, avenues for roles within critical care open up for ODPs. I hope we grow as one big team, so we don’t have to rapidly upskill if or when this happens again. I hope people will understand their achievements over the past few months. Most importantly, I hope everyone rests. Personally, I hope I never take the NHS, life, or the importance of family for granted. Ever.